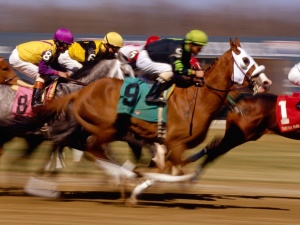 Hit a pretty rich vein in the past couple of weeks with Nos. 19-21 on the list. Lord of Misrule, the *ahem* dark horse that won the National Book Award, is a florid, self-absorbed love fest with the author’s own long-ago affair with low-rent horse racing. An amazing book, but hard at first to get into because of the style, like the way it takes a few chapters to sink back into the style of Victorian novels. Dark and unsatisfying in the way life itself is, and naturally the German shepherd meets the usual fate, with a twist that makes it worse. But the characterizations of the horses, and the GSD Elizabeth, are flawless, heart-stopping.

Bent Road, a thriller sort of in the style of Jane Smiley, by Lori Roy. Devoured it. Curious facts about this book and author. Lori Roy’s agent is Jenny Bent and her editor’s last name is Roy. Cue Twilight Zone theme.

And finally, The Glass Castle, which lived up to my expectations. A couple of incidents, however, did strain credulity, like when she says she heard on the news of a massive tie-up in the Lincoln or Holland Tunnel, involving an escaped dog and a rattletrap car, and it turned out to have been her parents. Letting a three-year old boil hot dogs, however, I totally believed of her feckless parents.